Evolution of a Mammoth

This is Mitchell the Mammoth from an episode of Catscratch entitled "A Wooly Adventure". He was one of the first major incidental characters I got to work on for the show back in 2005 and he went through many stages of development.
Below is a typical page of roughs--quick stuff just trying out shapes and ideas and generally making a mess. I like to use post-it notes for this stage-this page is actually layered in post-its, there are several on top of each other as I kept varying the drawing beneath each one: 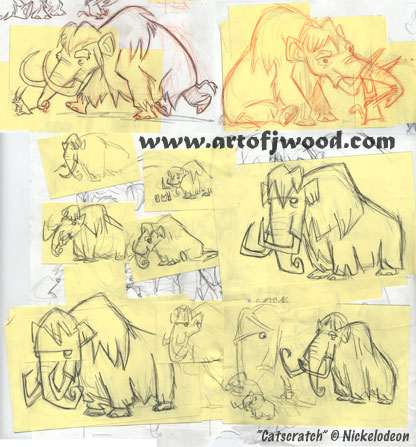 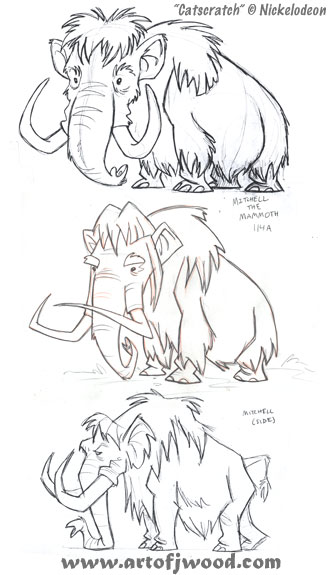 After all the feedback, notes and revisions from the director, storyboard artists, etc. this is what he finally ended up looking like:

I was rather nervous to do the turnarounds on this guy at the time since it was one of the first I'd ever done and he seemed complicated but after doing them over several times I felt more confident in myself (once you can turn a mammoth you can turn anything :)
Posted by J. Wood at 11:51 PM 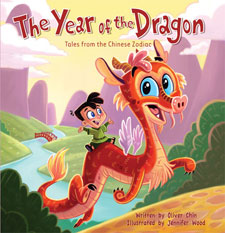 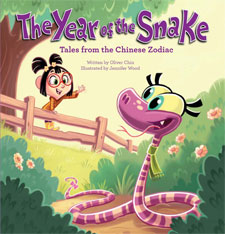 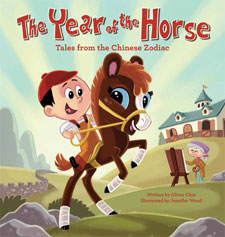